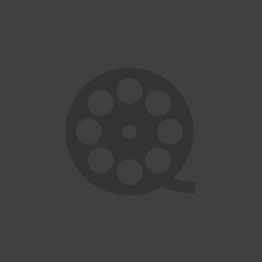 The mid-1910s was a virtual golden age for women directors, with over a dozen women working behind the camera. Alice Guy-Blach? was coming to the end of her 20+ years as a film pioneer while Ruth Ann Baldwin was at the beginning of her all-too-brief career as writer/director. The Ocean Waif and 49-17 are both feminist parodies hidden under a veneer of propriety, featuring "pure young women" who are menaced by evil men and saved by good ones. Alice Guy-Blach? (French, 1873-1968), the world's first woman film director, made films for Gaumont in Paris (1896-1907), then had her own studio, the Solax Company in Fort Lee, New Jersey (1910-1914). After Solax ceased production, she became a director for hire and went to work for The International Film Service, owned by William Randolph Hearst. The plot of The Ocean Waif adheres closely to the Hearst agenda: a romantic story, plenty of pathos but no brutality, a likeable hero and an innocent young woman, and a suspenseful plot with a dramatic and happy ending ("the Mary Pickford school of narrative"). Blach?'s parody of the Pygmalion-type love story gives equal screen time to each lover's point of view, but also skewers conventional class tropes. Doris Kenyon stars in the title role of an abused young woman who finds safety and eventually love in the arms of a famous novelist. Ruth Ann Baldwin was a journalist who joined Universal as a screenwriter in 1913. She wrote for the serial The Black Box in 1915, did a stint as an editor, and was tapped by the studio to direct. 49-17 is a charming and suspenseful western parody about a millionaire who hires a wild west theatrical troupe to relive his past as a miner forty niner. Every sacred western cow is turned on its ear: the patriarchal representative of the law, the Young Man, the Gambler, the saloon brawl, and the Woman. Jean Hersholt gives a powerful performance early in his notable career as the taciturn desperado. Despite the success of 49-17, Baldwin?s career as director was over by 1920.